Astrodynamics differs from the other SPEX teams because it focuses on many different smaller projects rather than one singular large project. Last semester, the team started doing work for the RIT Observatory in the form of two projects. The Observatory has two domes, one is a roll-off type where the entire roof is moved off of the building to allow viewing access to the sky. The current situation is that this is done with a crank, where more than one person is needed. The team fixed the currently installed motor to automate this process, but it cannot be used until the motor is slowed down to a safe speed and a warning system is implemented. This will allow for easier access to this dome, enabling more students to use the fairly large telescope inside. The team is still testing the system to fully understand the motor before modifying it, but preliminary designs have been made and will be perfected during the semester. 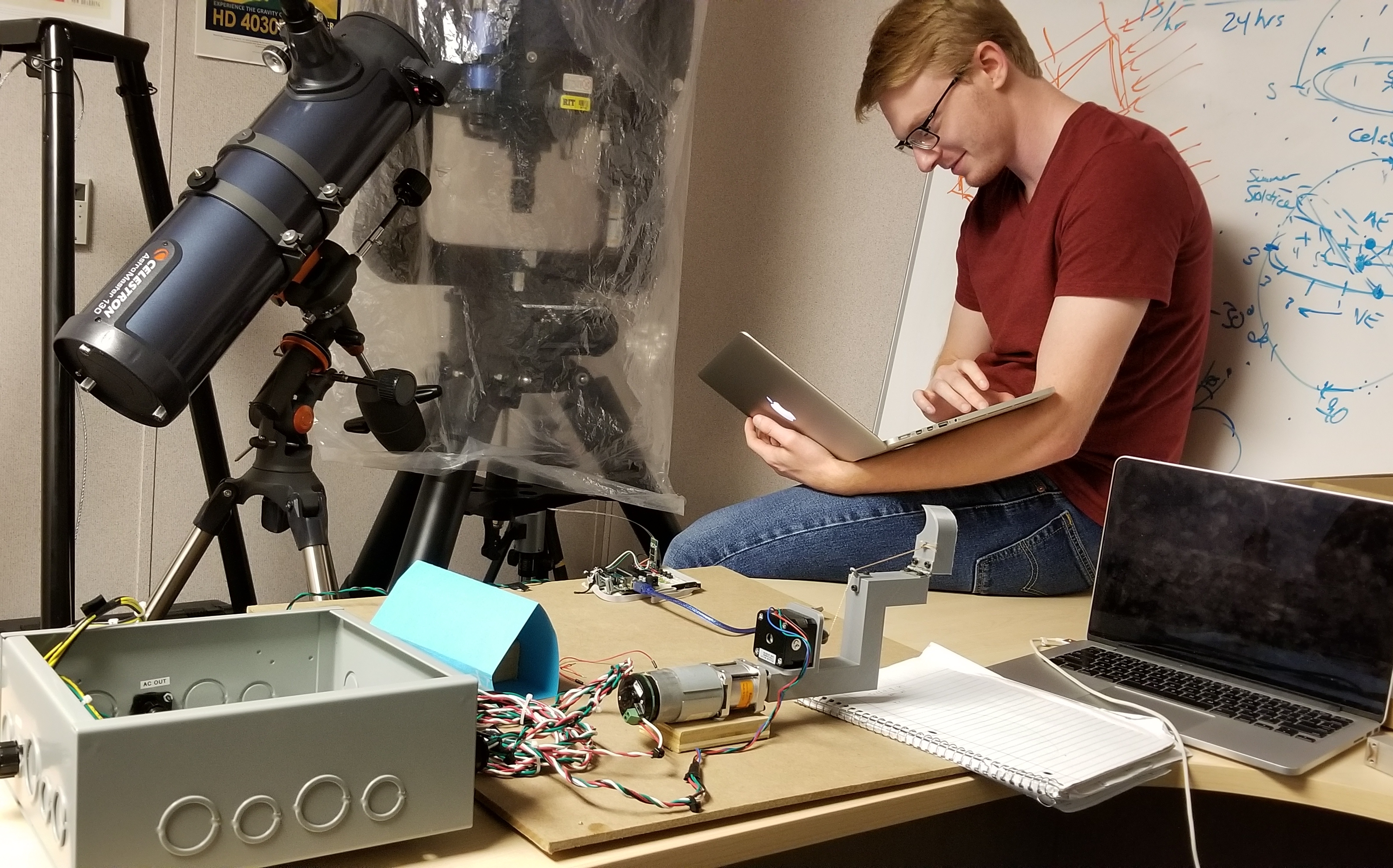 Some work being done last fall

The other project is a continuation of a Multidisciplinary Senior Design (MSD) project from a recent year. The MSD team designed a latch arm assembly to be implemented in the main dome at the observatory. This is the first step to automating the dome and enabling remote observing in the future. There is a power draw issue and some coding implementation still needed. SPEX members have started testing and rewriting the code, and strive to have the system working, if not implemented by the end of the semester. 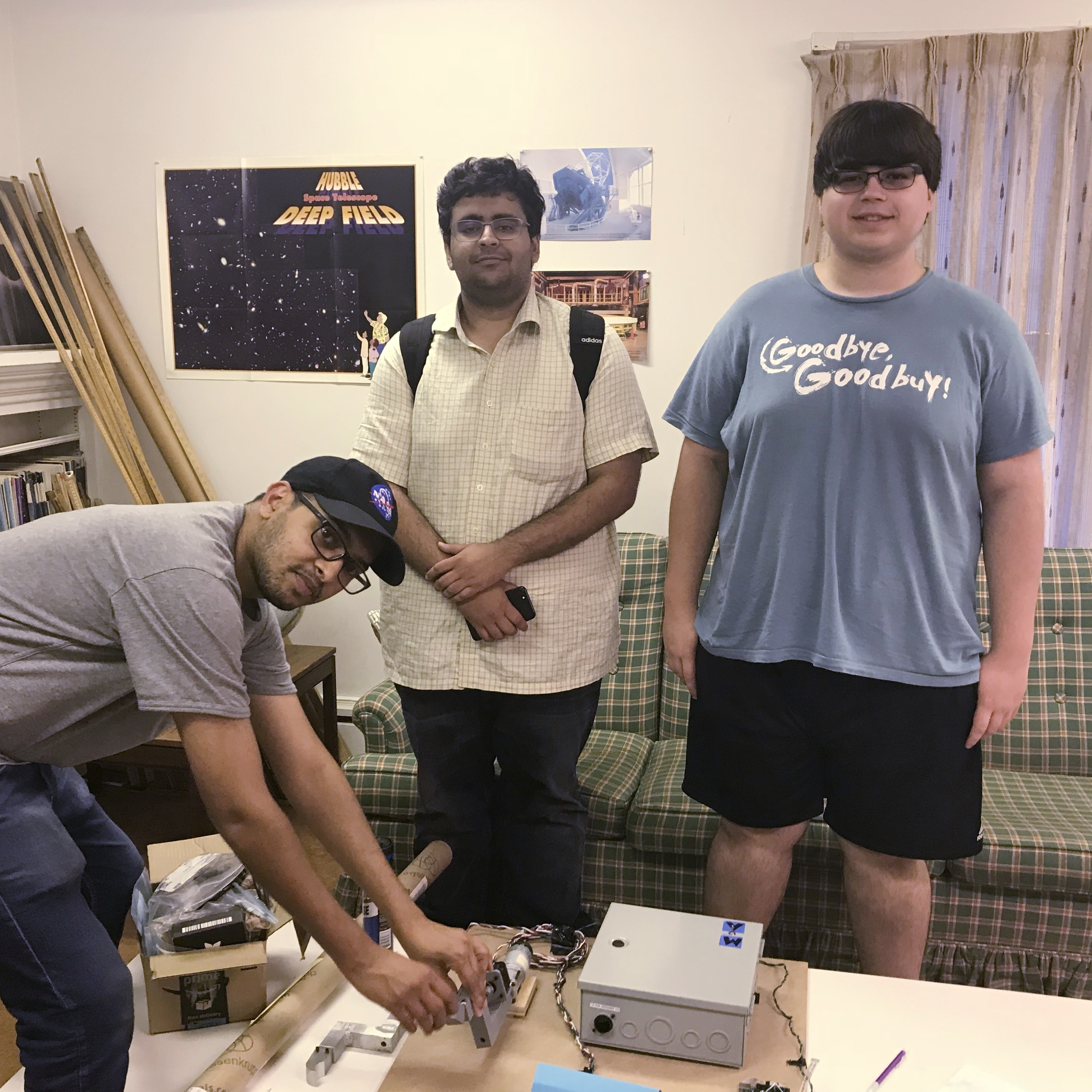 Team working on the latch motor

This semester, as cold weather prevents immediate work at the Observatory, the Astrodynamics team is designing and building a simple radio telescope. When most think of astronomy, they think of optical telescopes, but most science is actually done in different wavelengths that we cannot see, an example is radio waves. The sun emits radio waves, as well as satellites in the sky which are too dim to see. The team’s base goal is to design a simple radio telescope on a stand that we can detect strength of radio waves with. The next goal is to implement work done from previous years on automating the stand with stepper motors. Lastly, coding the entire system to allow for radio images is a long term goal that may be done this semester.

SPEX members with the Meade telescope on an observation night

SPEX Astrodynamics hosts observation nights as well, where members get to use our telescopes to observe the night sky. This is weather permitting, but maintenance on our telescopes is ongoing, and students get to learn about how these systems work by hands on experience in fixing and using these systems. Observation nights are, as always, open to anyone who is interested in exploring the night sky with us.

— Amber is a fourth year Mechanical Engineer here at RIT. She is currently serving as SPEX Student Director.